Over the last few weeks we have been busy with Visitors /Members Play and Tournaments ,so priority has been on presenting the surfaces for our peak period. i will share a few pictures below of some different tasks we have undertaken and completed recently. 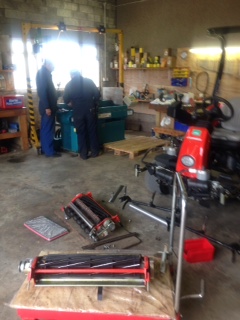 George Cantlay our Mechanic has completed a course on Regrinding and Sharpening Cutting Units. 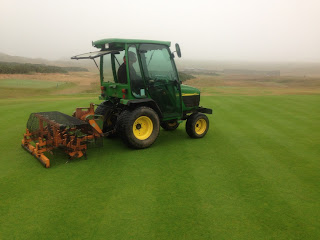 After the Lovley Dry spell ended we were out Spiking the greens. 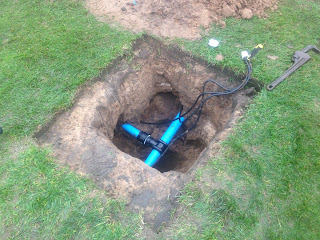 We have been fixing several Irrigation problems around the course.


We have also had to deal with a fire which broke out to the left of the 2nd Green !

Apologies for the lack of posts over the last while but we are having great difficulty with the reliability of the software this blog uses.